Who knows when the destruction will come or what will bring a scorched earth? Yes I wish it wouldn’t happen, yes I think we must fight for what is good and right….but darkness is here and no one has calculated its depth; no one really knows how terrible it really is. No one but God Himself and He has given a massive heads up about all of it……but who listens to God anymore?
The cause of the coming scorched earth is like the man who screamed at everyone about the pain but all the while it is he put who and held his own hand in the heavy red hot flames.
As you have heard …those who play with fire will get burned! Millions will burn, the environment will burn, the planet will burn and then...... Join us live this week.

Russ will speak and teach on spiritual warfare in Sedalia Missouri Oct. 28-29-30th more info coming DETAILS COMING THIS WEEK. Hope you will plan to come!
Posted by THE RAGGED EDGE at 1:35 PM No comments: 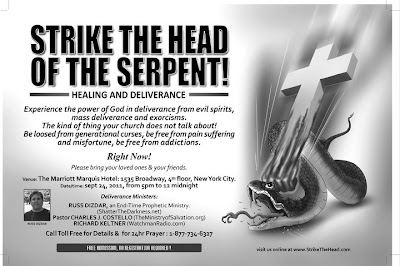 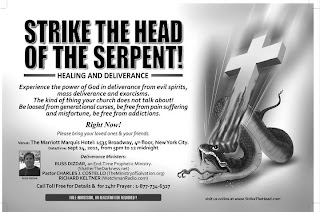 Posted by THE RAGGED EDGE at 3:45 AM No comments:

THEME FOR SEPTEMBER 12 TO 16TH 2011
FORETELLING THE FUTURE
What do you really want to know? What can you really know?
If you could, would you really want to know the future? Is there a future, a future hope? As you read this are you moving into the future, can you tell? Why so many would love to know the future…and use it for greed and self-gain? Can you weaponize knowledge of the future? Who does know, and how can you know what is to come.
It will be clear that those behind the road to Armageddon do know something about the future; it is also clear that that knowledge has them scrambling for chaos and a new order of global conquest.
Does it seem that the world is moving into the future, what future? And does it seem that most feel that the near future is going to be catastrophic and devastating? Join us live as we look into this.
MONDAY SEPT 12TH SHATTER LIVE RADIO BROADCAST 6PM
IS IT POSSIBLE TO KNOW? Can you foretell or predict the future? Is the future fixed or is it open, if you can foretell the future can you change it? If you can know the future events….how? and the massive search for glimpse of what’s to come.
TUESDAY SEPT 13TH SHATTER LIVE RADIO BROADCAST 6PM
PROGNOSTICATORS PREDICTORS AND FORECASTORS FROM WHAT SORUCE: Can you predict the future? Historic and contemporary predictors…… why some do it and what they can get from it. What if you know someone who is being used by ‘imposter’ spirits to predict the future?
WEDNESDAY SEPT 14TH SHATTER LIVE RADIO BROADCAST 6PM
THE TERROR OF FALSE PROPHECY: Prophecy on false prophecy and how it is meant to lead you astray. Human and other sources of misguide predictions. What if someone tells you ‘God told them to tell you’…but it doesn’t seem right? How to know if it’s from God or not, testing prophecy…4 factors that can save your face and life.
THURSDAY SEPT 15TH SHATTER LIVE RADIO BROADCAST 6PM
PREDICTIONS OF THE FUTURE FROM INFINITE SOURCES: How does God do it? God knows shapes, reveals and secures the future. God’s ability to predict the future with infallible accuracy flows from what 3 main attributes of His nature.
FRIDAY SEPT 16TH SHATTER LIVE RADIO BROADCAST 6PM
FIVE PROPHECYS YOU NEED TO KNOW: …will affect your life.
Special extra message 1: Saturday 9/17
HOW YOU CAN KNOW THE FUTURE AND WHAT YOU’LL HAVE TO DO WITH THAT ‘CUTTING EDGE INSIGHT’: knowing involves ‘sacred responsibility’
Special extra message 2: Sunday 9/18
THE POWER BEHIND, IN AND UPON BIBLICAL PROPHECY: Can you know the person and the presence behind
Posted by THE RAGGED EDGE at 5:04 PM No comments:

jOIN US LIVE EACH NIGHT
Posted by THE RAGGED EDGE at 8:36 PM 1 comment:

PDF BROADCAST QUICK NOTES
Why bother about with the RCC as a religious system? Well it’s the world’s largest religious and its most wealthiest, it is worldwide in influence and structure. It claims to have over 1 billion members and claims a central place of great authority, the Vatican. With its secretive, bloody and consistent work of cover up there is much to consider. Is its ‘Christian’ doctrine pure, does it have political intrusion, spiritual syncretism? And what about its future, how will it fare during the coming chaos and rise of Antichrist?


MONDAY AUGUST 22 SHATTER LIVE RADIO BROADCAST
The Roman Catholic System: Secrets, conspiracy, cover up and confusion. This is the wealthiest and largest religious institution in the world. Just what does it represent? Doctrines, likeness to Christ, representative as the ‘Church’? The messy mix of Catholicism.


TUESDAY AUGUST 23 SHATTER LIVE RADIO BROADCAST
Satanic underbelly within the Catholic system. Satanic rituals in the Vatican? Demonic possession, the black rooms and the RC as cover for a dark brotherhood? Was or is there a 'lucifers lodge'.


WEDNESDAY AUGUST 24 SHATTER LIVE RADIO BROADCAST
Sex crimes, cover up and the Nazi influence, just what do the whistle blowers say? Victims speak out and seek exposure. It seems the child pedophile ring in the Catholic system is world wide.
SEX CRIMES VIDEO


THURSDAY AUGUST 25 SHATTER LIVE RADIO BROADCAST
Karl Ratzinger ‘Pope’…what does that mean? What about popes of the past, present and the future. Did the current pope cover up sex crimes.


FRIDAY AUGUST 26 SHATTER LIVE RADIO BROADCAST
Could a pope become the antichrist? False prophet or open a door to the NWO? What are some of the predictions concerning the Catholic system and the end of days?
SATURDAY PREEMPTION BROADCAST WEEKEND many more pod casts
Posted by THE RAGGED EDGE at 1:10 AM No comments:

Not a conspiracy theory but a real dark agenda that has do with the nuts and bolts behind the coming chaos/anarchy. A planned chaos that must occur before the arrival of new world…..order. Before anyone can take over a business, company, a city or a nation (let alone the world) there has to be a plan, planners and then the implementation of that plan. I do believe that the dark plot to deceive the nations (the world), collapse existing governments and all systems so that a new regime can be unleashed…….has been launched.
In order to have regime change there has to be a new behind the scenes plotting group, operating and preparing for the day they will seek to come to power and rule. Simply there is no new coming regime without its preexistence!
This week on Shatter the Darkness live radio broadcast will we seek to expose a part of this radically evil plot…‘Dark Infiltration’. Join Russ nightly at 6 pm EST.

A secret power of lawlessness is already at work
….. 2 Thessalonians 2

MONDAY AUGUST 8TH SHATTER LIVE RADIO BROADCAST 6PM
The long dark plot and planning of the dark side, how they will seek to remove the old and implement the new? This is a supernatural endeavor, wicked and without mercy.

TUESDAY AUGUST 9TH SHATTER LIVE RADIO BROADCAST 6PM
Before the chaos/anarchy there will be plotted, assigned and highly trained (with dark empowerment) ‘chosen ones’ who will, are and have been placed by the hundreds of thousands
Why are they here, who are they and who unleashed them?

WEDNESDAY AUGUST 10TH SHATTER LIVE RADIO BROADCAST 6PM
Chosen ones are in military, law enforcement, government and in the Church. When did this stage of the luciferic agenda start? How many are there, what is the MO of infiltration and….do you suspect there are ‘chosen ones’ where you are?

THURSDAY AUGUST 11TH SHATTER LIVE RADIO BROADCAST 6PM
Sub personalities who are trained for reconnaissance, sexual corruption, dark spiritual warfare and more. Psi warriors, satanic troops or both? What’s behind the mask of sra/mpd? Are there sleeper assassins, agents of chaos sitting among you? What are they (by the millions) waiting for?

FRIDAY AUGUST 12TH SHATTER LIVE RADIO BROADCAST 6PM
Observing the MO of this dark infiltration the need to detect and deal with it is vital. The need for past victims to come forward and expose this satanic agenda is called for. Can you detect and how to engage those who have been place among you.

It is very vital in this hour of history for Christians and Churches to understand that new levels of dark spiritual warfare have been unleash with so much more to come. This is a time to receive and unleash all of the grace, empowerment and abilities that God has given us. We must run into the battle not…………away from it!

Posted by THE RAGGED EDGE at 1:54 PM No comments: 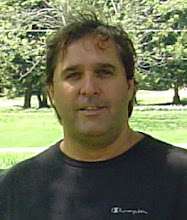